St. Pauli Fans Bilbao was born in 2018, with people who feel reflected in what the club represents in Europe and the rest of the world. Most of the followers of the club are also, supporters of the Ath. Bilbao, which is also a club with its own philosophy and defends values in these very romantic times for the times.

To put you in the background, the first contact with St Pauli was with several of its Fanladen members, who came to know Bilbao and Athletic. Some of them traveled with us following the team and there was born, close relationship that continues today. In 2004 we were invited to the first Antira tournament held in Hamburg and there we were taught from within how Fanladen worked, the relationship between the club and the fans. We also had the opportunity, to meet people, from other teams in the orbit and philosophy of combining anti-fascism, anti-racism, anti-homophobia and left-wing values with a neighborhood team, such as St Pauli.

After years of comings and goings of each other, we decided to create St Pauli fans Bilbao, and sign up, as one of the clubs that are distributed, around the world. Most of the members of the club, we are from Bilbao, although we also have members spread all over the world, including our small family in Hamburg, where we feel very loved as it is in “Gure Etxea”. 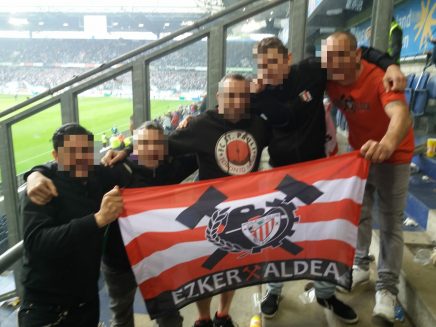 As a club, we usually try to take one trip a year and we pull out some limited material to get known and we also collaborate on local projects. Thanks to new technologies, we usually follow the St Pauli matches by Streaming on radio, Twitter and sometime on the Internet As magical moments we all have left, the centenary of the 2010 club and the antira tournament of that year, and a trip that we could take with Fanladen on a special train as the last game to Duisburg in 2018 (that weekend was intense and historic, both for the harbor party, the descent of the HSV Hamburg and for the unforgettable trip on the train.

From St Pauli Bilbao fans thank you, that you give us an opportunity for people to get to know us, and also from these lines, thank you for the work you carry out on and off the field, defending values with which we fully identify ourselves.
The fight continues … 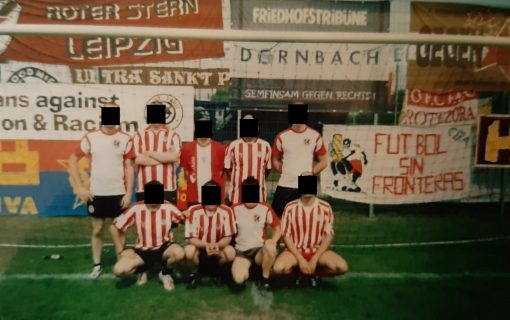